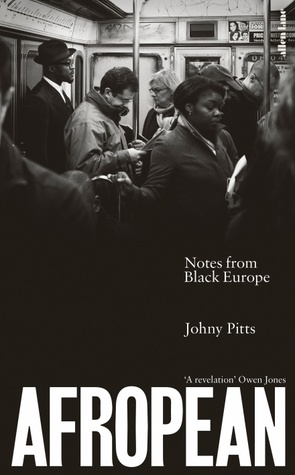 Hip-hop artist Mos Def once wrote of the depiction of black culture in the media that ‘we’re either niggas or kings, we’re either bitches or queens’, and in contemporary Europe it seemed to me that black people were either presented as über-stylized retro hipster dandies in thick-rimmed glasses and a bit of kente cloth, or dangerous hooded ghetto-yoot.

It was amazing how many black men I met in Europe, fresh from Africa, who had constructed outward identities that were pastiches of black diaspora cultural icons produced in and adopted by the West … variants of Bob Marley, 2Pac, Drake, and so on. It was about survival: they knew full well that some forms of blackness are more acceptable than others, that there is a hierarchy imposed by the white gaze.

In the twenty-first century cracks in the façade of Dutch innocence are beginning to show, not only in the form of Geert Wilders’s hateful rhetoric but perhaps even more potently with the controversy over an old Dutch fascination with a character called Zwarte Piet – or Black Pete – an underling of Santa Claus dreamed up by a Dutch teacher and poet in a book called Sint Nikolaas en zijn Knecht (Saint Nicholas and His Servant), which was published in the late nineteenth century.

The character is supposedly a representation of a Spanish Moor, though no North African man I’ve ever met resembles the diminutive creature white men and women, with that odd and embarrassingly resilient old Western obsession, black-face themselves up for every year at the beginning of the festive season. Even more bizarre than the obsession with Zwarte Piet is the level of anger and vitriol of large portions of Dutch society directed at black communities arguing how blatantly offensive the character is. Jessica and her colleagues, who have staged many non-violent protests at festive parades that include Zwarte Piet, have been on the receiving end of an incredible backlash that has included brutal arrests, widespread condemnation and, perhaps most creepily, ‘innocent’ parents who feel that these black people are spoiling the harmless fun during Christmas for their poor little white children.

Most academic research supports the notion that Zwarte Piet is based on a North African Moor and has sinister slavery and colonial undertones – the character was, after all, brought into existence fifteen years before Dutch slavery was abolished – but Dutch society has woven these details out of the mythology of the character, so for many people it is considered well intentioned and positive, a jolly character kids adore as a fantasy creature made black with chimney soot.

For anybody who is black, Zwarte Piet, with his frizzy pate of hair, his big red lips and goggly white eyes, is blatantly racist. I asked Jessica why she thought the suggestion that the character needed to be relieved of his festive duties had generated such a backlash from Dutch society. What was the big deal in getting rid of an out-of-date and divisive sidekick character?

Another uniquely Swedish term is mys, a pop philosophy which has become wildly popular in lifestyle consumerism, like the East Asian concepts of feng shui and wabi-sabi, through its Danish incarnation hygge (the cultivation of cosiness), which at first suggested warmth and conviviality when I’d read about it in books on interior design. Certainly, I felt there was a degree of snugness in Stockholm, but on this trip I began to see these uniquely Scandinavian ideas as private pleasures that had a way of alienating anyone outside an inner circle of friends. What did it take, exactly, to become part of that folkhemmet family of citizens? As I looked to link my experience in Stockholm with a wider black experience in Europe, Stockholm’s tapestry of tolerance began quietly fraying.

‘Swedish people racist, of course, you know these fascists get in government now, but it’s much worse in Denmark, Holland and Finland. People say Scandinavians are peaceful. Ha! That’s bullshit! You know here they have what you call double moral. This Nobel guy who make peace prize invent explosives! And still they make many weapons here used by America.’

En route to Rinkeby I’d had an odd encounter. A woman called Caroline, who I suspect was a little drunk from the night before and who had a massive bull mastiff with her, started chatting me up. In eight years of travelling to Stockholm it was my first meeting with any white Swede who I knew could be described as ‘working class’ – in certain parts of the city it can feel as though the only demographic is the middle class. She was particularly enamoured with my black Britishness and her sentences were littered with profanities, which is often a sign that someone has learned British English as a second language through local immersion. Her accent had a more Swedish bounce than most other Swedes I met, who, growing up watching Hollywood movies, had acquired a more American accent when they spoke English, but Caroline’s also had a very slight hint of Jamaican.

‘I focking love you guys,’ she said, ‘I lived in Totten-ham for a year and hung out with all the Yardies. Went to some crazy parties to skank out. You know this one guy Dennis Bovell? I focking love roots reggae music.’

Though Dennis Bovell is an icon among aficionados, Caroline’s somewhat niche reference threw me a bit. I’d never heard anyone in England profess their love for him in casual conversation. Caroline had long, almost pitch-black hair and big, pretty brown eyes, but her features wore the type of toughness Walker Evans would have made a portrait of, the bottom half of her face sunken slightly, as if she’d done a lot of smoking or Class-A drugs and – I placed her in her early thirties – it was now starting to show. When she asked me where I was going and I said Rinkeby, she said, scathingly and without hesitation (I could have had relatives there, for all she knew), ‘It is focking disgusting there, I would hate to live in these focking places, it is so depressing. And you can’t see one Swedish girl there, it is all foreynjers coming here to take our jobs.’

Caroline told me she’d grown up in Varby, a lower-middle-class suburb of Stockholm, and started complaining about a place called Fittja, near to where her childhood home was, which had seen an insurgence of immigration in recent years. But like a lot of immigrant-bashers, she was contradictory and hadn’t thought deeply about what her argument really was, other than it having something to do with a hatred of ‘foreynjers’. ‘I pay my taxes for these focking foreynjers to live in a nice place – they live just as good as me but I work to pay for them!’ she said, to which I replied, confoundedly, ‘So are they stealing jobs and living like shit, or milking the social-security system and living like royalty? You ignorant fool!’ but only in my head. I wanted her to tell me how she really felt, so I egged her on, wanted more racism, more prejudice, more xenophobia, more things to write about. Good, Caroline, good!

‘Swedish people pay a lot of taxes, too, don’t they!’ I said. ‘That is my point exactly! This is bullshit! I pay my 40 per cent but it doesn’t go to the Swedish, it goes to these focking foreynjers. Not everyone should live the same! I work harder, so I should get more, but then these focking Turkish come and they live in a new apartment and they get all these new fittings. That is why Sweden is so focked – they let too many foreynjers in.’

Our chat was cut short when she got off the train a few stops before me and said, ‘So you want to chill one time? We could take a smoke and listen to reggae,’ then, because my phone had run out of battery, she gave me a piece of paper with her number on it, and I smiled, flirtily, and said, ‘Sounds fun,’ knowing there would be a trash can for me to put it in when I arrived at Rinkeby.