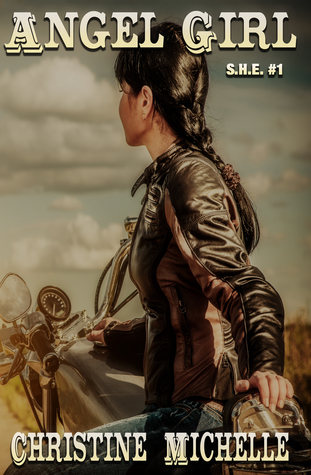 2 ⭐⭐ - Meh!
===============
That same night, I watched my supposed betrothed take not one, but two of the club whores back behind closed doors, and he winked at me when he did it. Is there any doubt why I went running as soon as I was able? That wasn’t even the end of our story either, sadly.
After my mom died, my dad brought the club whores around all the damn time. I hated him for it because he let them into our home. My mom’s memories were tainted and obliterated by those bitches.
“You grew up nice, kid.” I suppose that was a compliment coming from my dad. Coming from the man he became after my mom died anyway. My dad – the one from before her death – would have had far sweeter words for me.
Man, if she could have come back to life and seen the way my dad paraded whores through her house after she died, I honestly think she would have killed him on the spot herself. Love of her life or not she would have shot his ass for exposing me and our home to that shit.”
Seeing Sweet offer up an easy smile, cocky grin, or genuine laugh to so many of the women from my club, not to mention their friends, was not a fun thing to endure.
“You have the number of just about every bitch in this joint. You could have asked any of them for it. Hell, you could have asked me for it.” Quickshot returned. I glanced at Legs when that was said, and she tipped her head in acknowledgment that she’d heard.
I was in the process of returning that smile when a scantily clad brunette screeched, gaining his attention, then ran and flung herself into Sweet’s arms. Actually, her legs wrapped around his waist, and her arms flew around his neck in a crazy tight squeeze of a hug while Sweet’s hands dropped to cradle her in place, using her ass cheeks as handholds. “Baby, I missed you so much,” she squealed before planting her mouth on his.
He’s made it clear to both her and his other regular girl, Becca, that he didn’t want that. Hell, if it were going to be one of the two of them, it would have been Becca, not Alice.
“Maybe resign yourself to me being with no one then. I’m seriously over cheaters, liars, and assholes that would leave me in the lurch for their career. I have yet to meet one single man who has managed to make me their number one priority in life, so I refuse to give any more of myself to people who won’t do the same for me.” My father’s features took on a pained expression. “Jamie,” his voice was a hoarse whisper. “I’m so sorry for the part I played in you feeling that way. You’re still so young though. I’m not going to give up on you finding someone who makes you happy, and starting a family.” “Well, I’ll leave the hopeful shit to you then, dad. I’m fresh out.”
the first thing I saw as my eyes adjusted to the low light of the warehouse the boys had turned into a clubhouse was Sweet with the very same woman from yesterday standing behind him massaging his shoulders as he sat slumped over somewhat at the bar. “That stupid fucker!” Quickshot ground out through gritted teeth.
“No. Her name was Becca. I had been seeing her and Alice for a couple years on and off. I was also with other women at the time, because none of them ever had me. You feel?” “But you almost settled down with Becca?”
“I get that, but not so many months ago you were cutting out all your side action to make Becca happy.”
Becca and I had spoken at the beginning of the year about making it official soon.
“Becca was a placeholder that helped keep the others at bay when I was tired of the drama,” I told him.
“The day I landed in Sierra High, and saw Jamie, I sent Becca a text telling her we were done. I wasn’t busted up about it. Never even gave her a second thought, dude. Like I said, she was just a low drama chick to pass time with.”
Lady Clementine :: Sonhos Centauri: Imaginando e Planejando a Exploração Interestelar :: Torres do céu :: Se você morasse aqui, estaria em casa agora: por que trocamos a vida pendular por uma casinha na pradaria :: Hare-Kon. Vol. 8 XNUMX